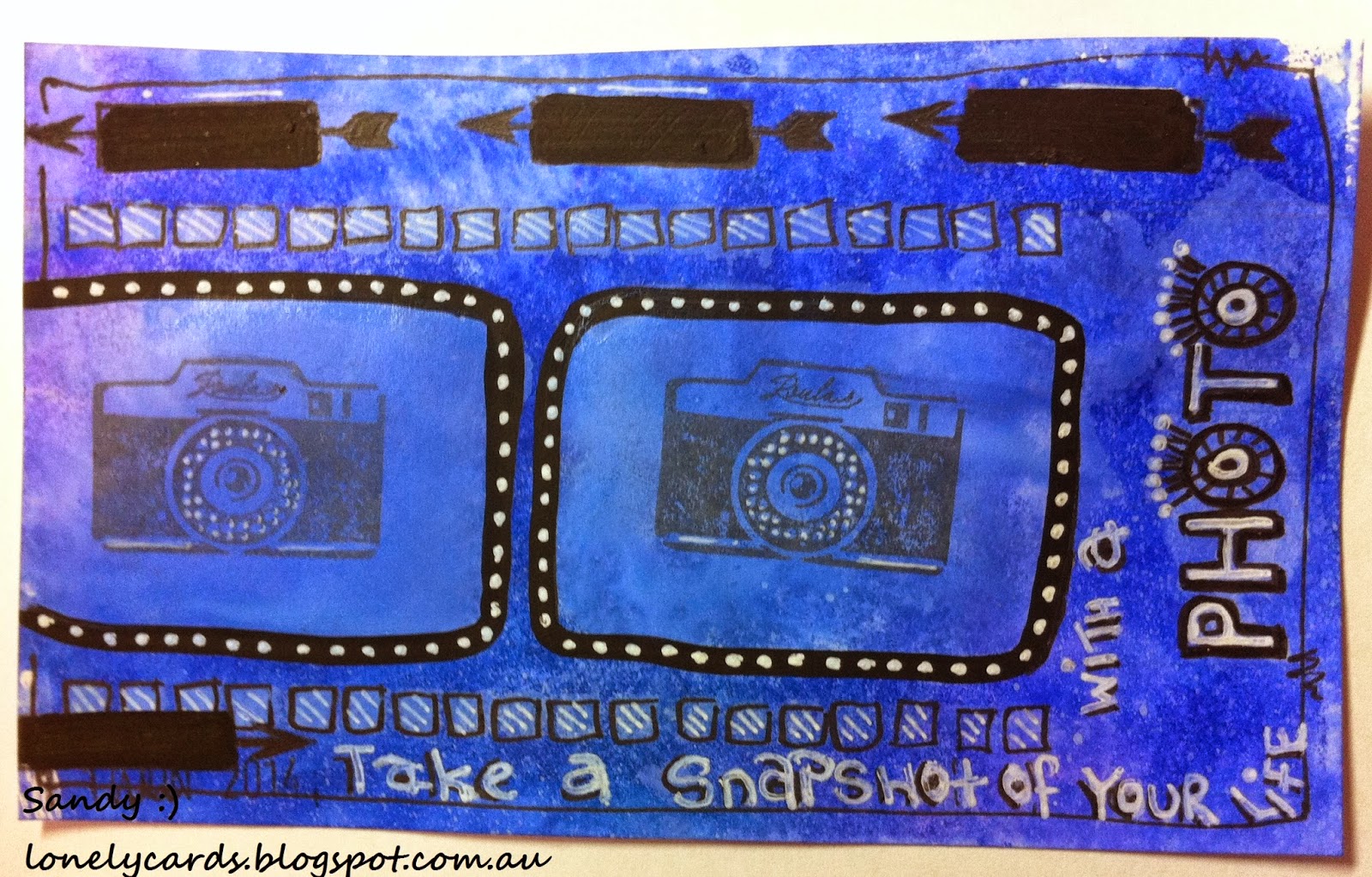 I had such a difficult time with this prompt was going to collage a camera on a card but just was not feeling it. I was going to do it again but nah... So this is it folks I called it done and dusted.. 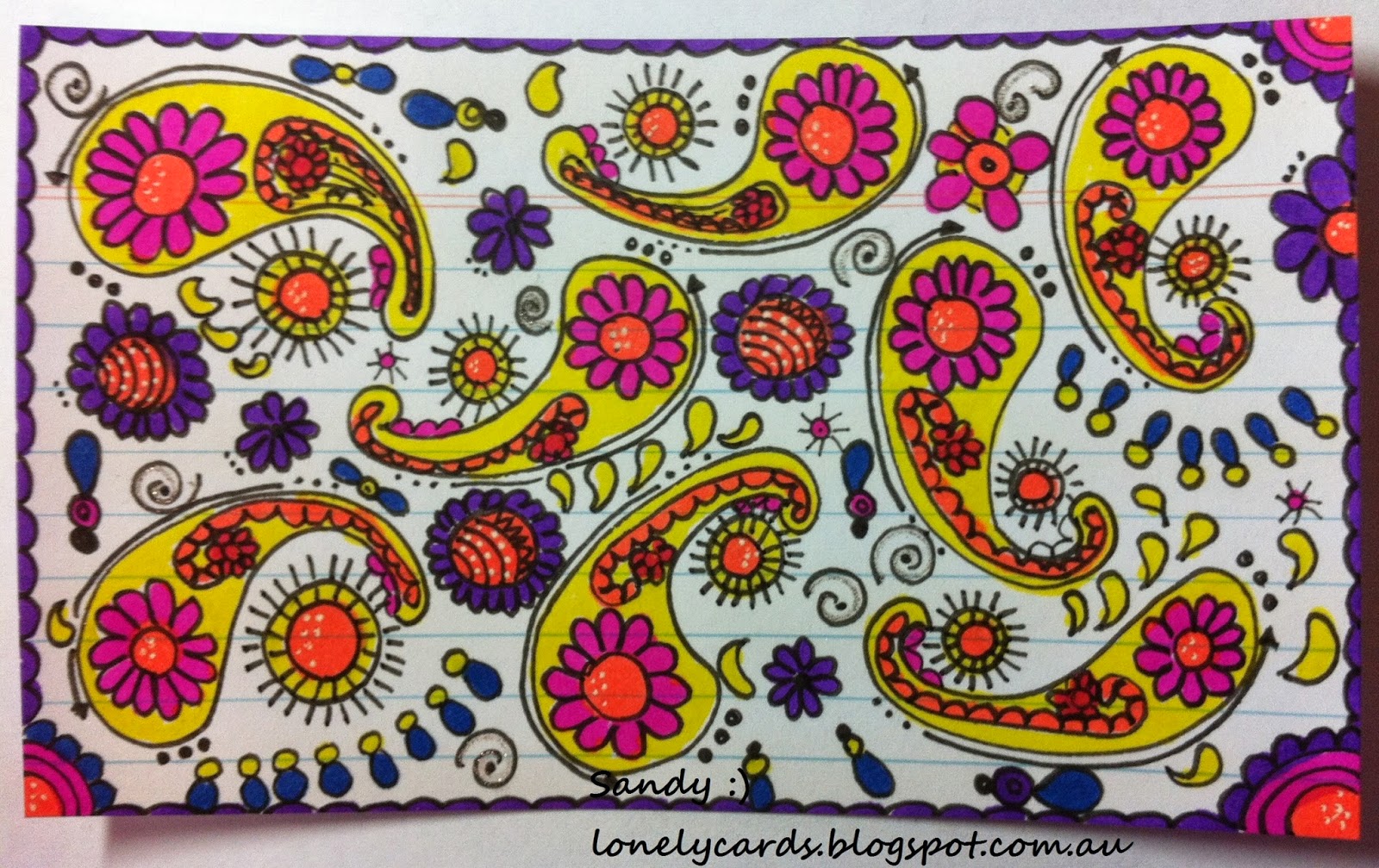 Now I had more fun with this one lots of doodling and just used a sharpie markers to colour it in. 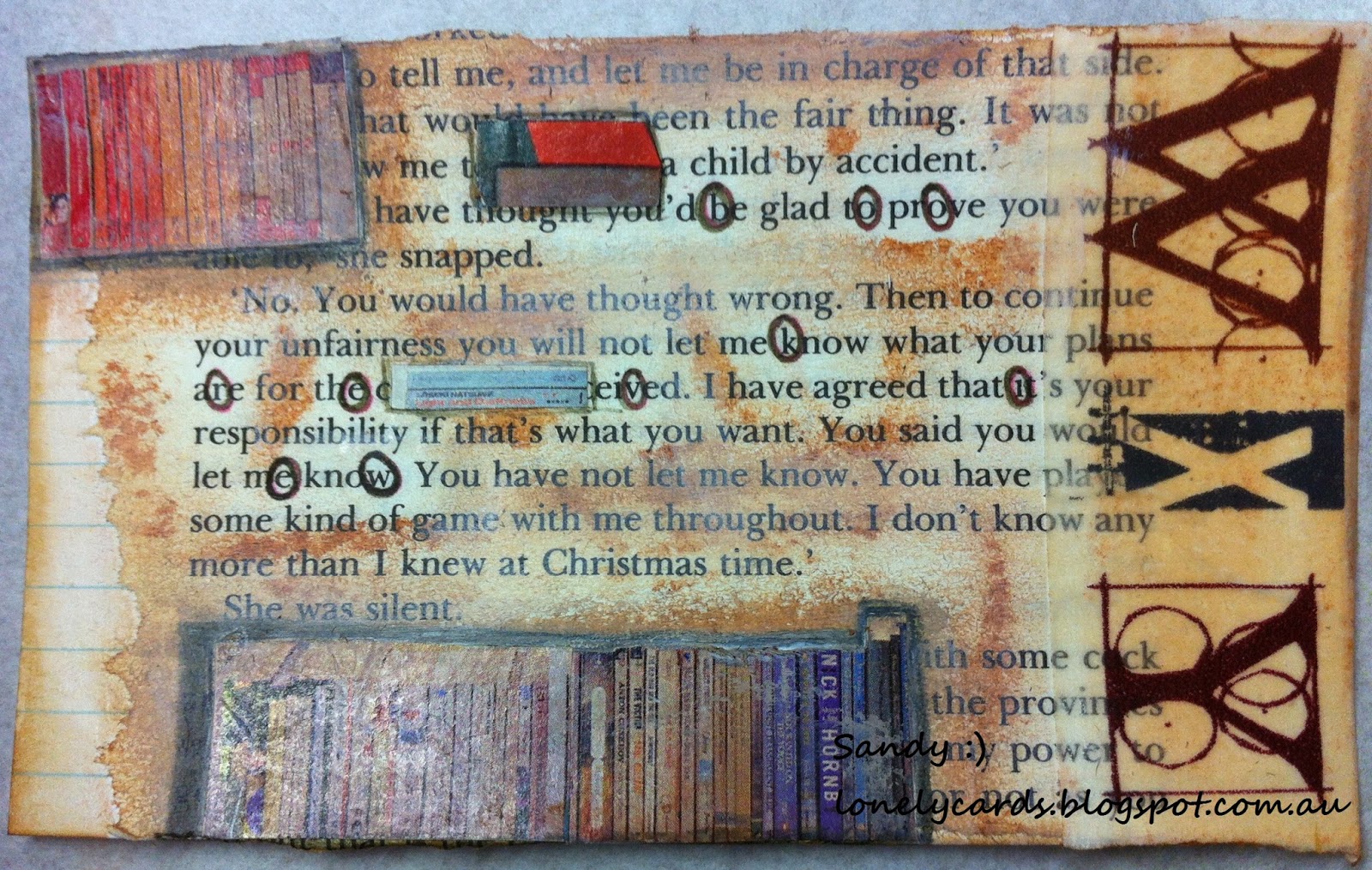 Ripped out a book page and glued it on a card.. Then I circled the letters spelling 'Book Review'.  Next because its collage week I collaged some cut out books out of a magazine and went around them in brown marker.. Some brown Gelato and a bit of watered down Gesso over the book paper.. Washi tape letters at the side.. 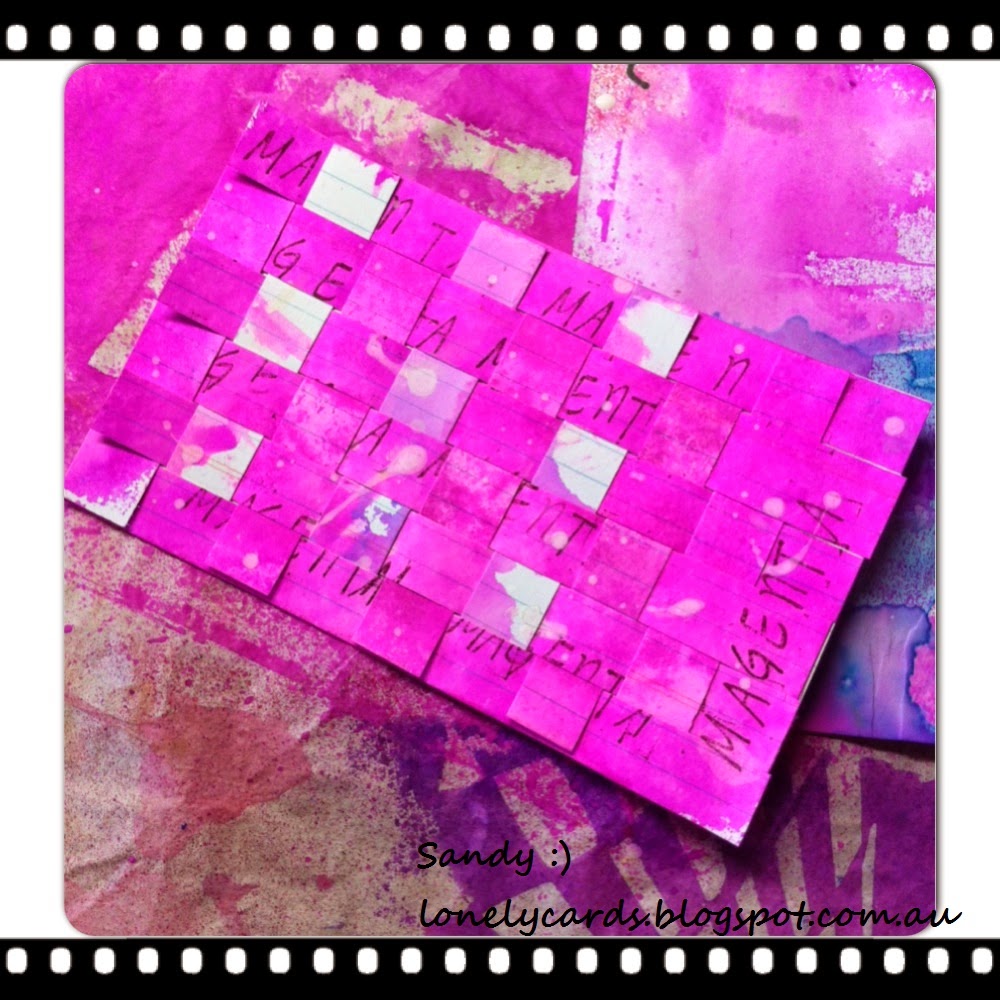 Trying to experiment with more collage type cards so this is paper weaving. Was fun to do something different...

So 2 weeks of ICAD done and I am so far up to date with them all.. Having a great time doing these. So come on over to daisyyellow ICAD and find out all the information and join in on the fun...

Email ThisBlogThis!Share to TwitterShare to FacebookShare to Pinterest
Labels: ICAD

I have been using more of my scrap wood pieces and have made another Mixed Media wall hanging or alternatively this one could be called an ...

Sandy
So your taking a peek at my blog... Hi there and Welcome.. :)

Teams I design for

All content, including photos, designs and words are the exclusive property of the author of this blog. Information shared here is for inspiration only and may not be copied for publication, competition or profit. Thanks so much for your cooperation.

Places I love to visit 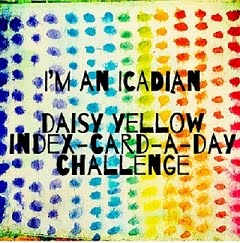